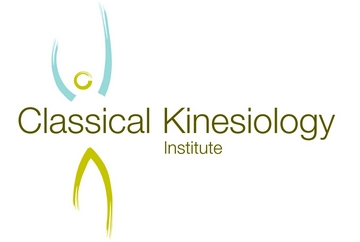 Terry founded the Classical Kinesiology Institute in 1990. For 10 years Terry was a member of the executive committee and a former chair of the Kinesiology Federation. She is an author has appeared on behalf of kinesiology on UK breakfast television, in the national press and has lectured in the USA, Russia and Japan.

Although she claims to be semi-retired, she runs online postgraduate courses and face to face courses at the Kinesiology Centre in Leicester where she has her clinic. My previous blog asking about how you like your training was a usful way to get feedback from those who struggle to find CPD.The response inspired me to put together a couple of short cheap courses and if you like them, I plan to do a lot more, maybe...

In response to the blog 'Should Postgraduate Kinesiology Courses go Online? we received some great responses from practitioners. Here is what some said:"Online training works for me as I live a very long way from CKI in Leicester. I have enjoyed your...

If you had asked me before the Pandemic it would have been a resounding 'No', but the last 2 years has caused us to do some thinking 'outside the box'. What is your opinion and which do you prefer? Here are a few pros and cons highlighting the advant...

Why Should I Familiarise Myself with the Orthodox Medical Approach?
posted in Post Graduate Kinesiology Training on 20 September 2021

By Terry LarderWhen my Mother became very ill many years before I became a natural healthcare practioner, I took her to a herbalist/osteopath who lived a 2 hour drive away. He came highly recommended by several people. However, unfortunately our visi... Once upon a time there were two teachers, a lawyer, a doctor (and me) who joined the Muscle Testing Skills Course for Healthcare Practitioners. What drew this diverse group together to learn this 'obscure" skill? Well they are all additionally skille...

By Terry LarderThere have been changes in the way we work, brought on by COVID restrictions, and we have found that some courses do work very well online or online with a shorter amount of time in face-to-face training. This has worked very well for ...

The most crucial skill a kinesiologist needs to develop is how to test a muscle response. On the face of it, it looks easy. However everyone who comes to our courses admits that it takes a lot of practice to get it right. Would you like to try this a...

Muscle Response Testing (MRT) is a means of assessing imbalances in the body and of finding the best therapy to help the body's healing processes. Muscle response is tested in order to obtain this information from the body itself - much the same as ...

Why Learn How to Test Muscle Response?
posted in For Practitioners New to Muscle Testing on 17 August 2021

We were continually being asked for short courses in muscle testing training and so a few years ago we introduced a new course to fit the bill. Muscle testing is a skill and requires practice so we do not believe that a person can find value in just ...

Kinesiologists frequently use hot spots situated around the head to improve blood supply to specific body circuits. These reflex points are known as Bennet s Reflexes or neurovascular reflexes. Emotional Stress Release technique is a treatmen...

I was recommended to go on Terry's course for Muscle Response Testing Skills by my mentor, naturopath and nutritional Therapist Mary Sharma. I can honestly say I am so pleased I did as I really did not know what to expect, but knew that I had seen Mary using these skills in her own practice and saw how it enhanced her consultations. I could see the benefit to learning these skills so that I can immediately test for potential food sensitivities as it as clients are interested to learn if a food could be contributing to their health problems. It is also a great stand alone procedure to offer clients. I find it invaluable to be able to test my supplement programme to make sure that it's likely to be highly beneficial and promote vitality in the client. What I learned was above and beyond what I had originally thought and has given me lots of tools to 'pull out' during client sessions, e.g. heavy metal toxicity. I can thoroughly recommend this course to practitioners in any field of complementary healthcare. Nicola Sainty, Nutritional Therapist, Dip NT

With grateful thanks for guiding and supporting me through my career change and always believing I could make it...... and I have!! Carrie Billings, Northants

Thank you again for another great weekend. I always gain such a lot- especially all your little gems of experience that you add to an already great training session. I feel re-energised and always return really ready to be more inspired and hopefully inspiring for my clients. Jo Minchin, Bognor Regis

This is one of the most fantastic online courses I have done! The content and information was excellent. I have many friends and clients who have experienced tick bites and now with this knowledge I feel that I can fully support them. I now have a greater understanding of Borrelia, and all the coinfections that can occur with varies pathogens. The information on Cytokines was amazing. So easy to understand. Thank you Terry for an amazing course. (Jane Ervin, UK)

I work with chakras a lot in my practice. I just didn't realise that it would extend my knowledge so far! I was very impressed with the difference it made to me during the training weekend and I have used it on nearly every client since. Katrina Woodrow, Newcastle UK.

I will use this awesome technique to my patient in my clinics, I prefer to learn online in the comfort of my home, I like the fact that I can go back on the material whenever I want to, I like the idea that I save time and money in travel and hotel bills.

Thank you so very much for such a fantastic, inspiring course - I feel so well prepared now, and eager to add muscle response technique as a vital additional tool for me, and valuable support for my clients. You are such a lovely teacher, and have created such a clear, thorough and practical course, I look forward to joining you for further training as soon as possible!

Thank you so much for being such an inspirational teacher. I loved the course and itching to put so much of it in to practice.